Tea for Two: Bottoms up for Your Well-Being 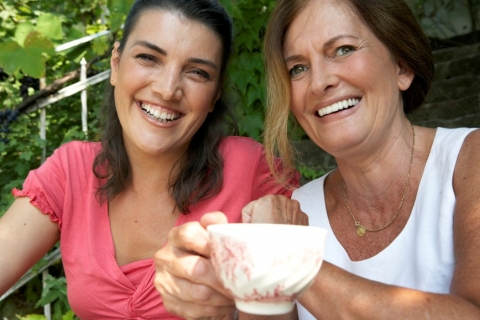 Okay, you’ve heard it before; drinking tea has miraculous medicinal qualities. But which kind is best to drink and why? Tea is made by steeping the leaves of the shrub, Camellia sinensis, (aka the “Tea Plant”) in hot water. There are officially four types of tea, all derived from the Tea Plant: white, green, Oolong and black. What differentiates green tea from say oolong and black tea, for example, is the way the tea leaves are processed. In general, green tea leaves have undergone the least amount of processing. The leaves are simply harvested, allowed to wither briefly, and then steamed (to prevent oxidation). Oolong tea is tea made from crushed leaves that have been allowed to oxidize for a short time period, and then are heated (to stop the oxidation process). In the production of black tea, however, the leaves have been allowed an extensive oxidation period—where they are exposed to oxygen for a long period of time—allowing them to turn dark in color. White tea is actually the buds and very young leaves of the Tea Plant that have been harvested at such an early age that they are covered by a fine white hair, and only very briefly processed before steeping in hot water (hence the name). Red tea is actually not a “tea” at all as it is not made from the leaves of the Camellia plant but from the Rooibos plant (a legume).

In terms of health benefits of drinking tea, the bulk of the scientific research over the past few decades has highlighted the numerous health benefits obtained from drinking two types of tea in particular: green and black. Research continues to mount supporting the role of tea drinking in the prevention of two major chronic diseases that plague our nation: heart disease and stroke.

What exactly is in tea that wards off disease and will put you on the road to better health and longevity? Researchers believe that the magic health-promoting component in tea is called catechins-or powerful antioxidant plant chemicals (polyphenols) that are responsible for the anticancer, anti-inflammatory and cardioprotective effects of regular tea drinking. Scientists have isolated one type of tea polyphenol in particular called epigallocatechin-3-gallate (or EGCG for short) that is believed to be the major active health-protective component. (Incidentally, green tea contains 40 percent more polyphenols than black tea.) ECGC polyphenol is a powerful antioxidant that has demonstrated significant protection against oxidative reactive oxygen species damage. It should be noted, however, that additional research has shown other types of polyphenols in tea, such as flavonoids, (found in high concentration in all types of tea) exert significant health benefits as well.

Regarding cancer, tea drinking has an anticarcinogenic effect (most notably colorectal, prostate, oral and skin cancers). ECGC is thought to inhibit cancer cell’s ability to grow and metastasize. Regarding heart disease, tea polyphenols are known to act as powerful antioxidants and anti-inflammatory agents. Heart disease is the result of plaque buildup in the inner arterial wall. “Bad” cholesterol (LDL) must first be oxidized before it can contribute to plaque formation. Antioxidants such as ECGC prevent the oxidation of LDL cholesterol and therefore stop plaque buildup in its tracks. We also know that heart disease is an inflammatory disorder. EGCG is believed to help lower inflammation in the bloodstream as well as reduce oxidation of LDL, thereby protecting against heart disease.

Harness the power of plant protection against disease by drinking a few cups of tea daily. No doubt about it, a few daily cups of any kind of tea from the official “Tea Plant” is bound to do a body good and help protect against a host of cancers; provide cardiovascular protection via antioxidant and anti-inflammatory mechanisms and even offer therapeutic benefits for people with rheumatoid arthritis.

So let’s get over the Boston tea party already and borrow a nice habit from the British (and yes, adding milk to tea seems to reduce some of tea’s benefits for the heart and blood vessels)….teatime in the afternoon…and let’s make it plain green or black tea (as most of the scientific data supports the health benefits of these two types of tea in particular) and remember, bottoms up for better health!