How Music Improves Your Health 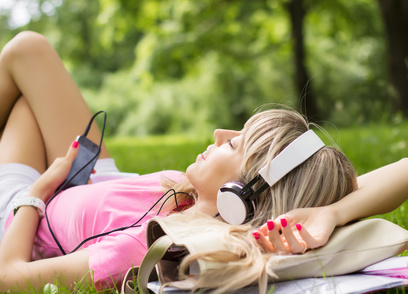 You know how your favorite songs make you feel good? There’s a science behind that. A 2011 Canadian study determined that music actually has the ability to “melt away a bad mood.” And, that’s not all it does. Neuroscientists have determined that music has many positive influences on your emotional and physical health. Here’s a few of the effects music has, beyond giving you a reason to dance.

Music’s Effect on Your Immune System

Dr. Ronny Enk, a neurocognition expert at the Max Planck Institute, said that “the pleasant state that can be induced by music leads to special physiological changes which eventually leads to stress reduction or direct immune enhancement.” His studies concluded that music increases lines of the immune system, which means it’s beneficial in disease prevention.

The Journal of Neuroscience published a study that shows “direct evidence that music training has a biological effect on children’s developing nervous systems.” Children who learned to play music developed a stronger ability to process speech and were better readers than those who didn’t or were less-involved in lessons.

“We don’t’ see these kinds of biological changes in people who are just listening to music,” says Nina Kraus, director of Northwestern’s Auditory Neuroscience Laboratory. If you were considering singing lessons or learning to play an instrument, now is the time to do so. Luckily, the Internet has made it more possible for adults and children to learn music, and reap the neurological benefits of the activity.

Music’s Effect on Your Memory

Music, specifically its rhythm, is widely used as a memory aid. “Music has been an important mnemonic device for thousands of years,” reports BBC News in an article titled Why does music evoke memories? It turns out music can help individuals learn foreign languages, as well as remember important aspects of their studies. When words are attached to rhythm, they’re easier to remember.

Who doesn’t have a personal lifetime soundtrack (meaning, songs that remind you of your life experiences)? Because music can evoke memories, it’s beneficial to people suffering from memory reducing diseases, such as dementia or Alzheimer’s. It may or may not help recover lost memories, but it definitely will lighten the mood.

Music is widely used as a way to relax and shake off the stress of a particularly hard day. If pain (physical or psychological) is bringing you down, music can help raise your spirits again. The Huffington Post reports: “Music can prevent anxiety-induced increases in heart rate and systolic blood pressure, and decrease cortisol levels – all biological markers of stress.”

Ultimately, music is a good companion for everyone, especially those who are physically or emotionally in pain. It helps listeners get through the pain, and even while under general anesthesia it’s been determined patients benefit from music. “Compared with regular care, music was associated with a 20 percent reduction in postoperative pain, a 10 percent reduction in anxiety and a significant reduction in the use of pain medication. It increased patient satisfaction slightly, but did not affect length of hospital stay.”

Overall, music has a number of benefits. It’s good for your health and your memory, and it’s a great distraction from the stress-inducing dramas of everyday life. Your body appreciates the benefits of music, so pop in your favorite CD or fire up a playlist because you owe it to your body to stay healthy with music.