Why should I cut back on eating red and processed meat? 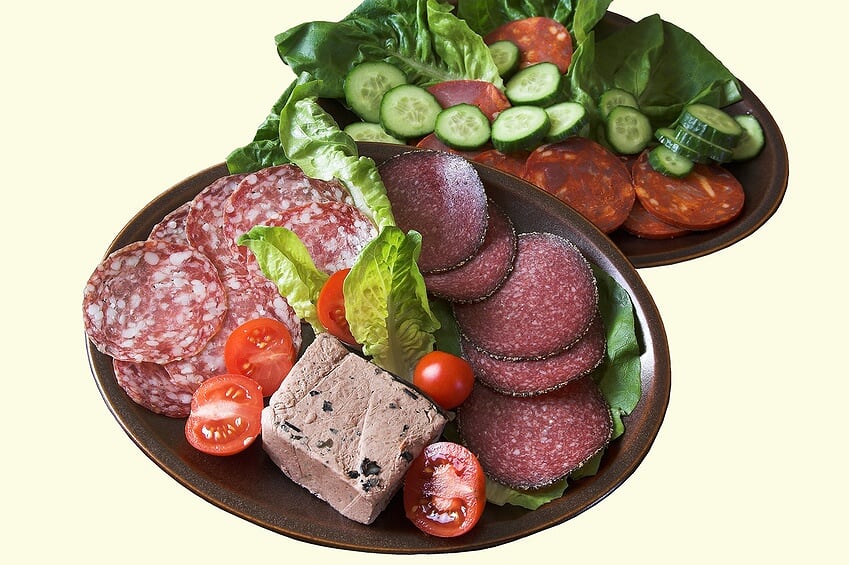 Research has found that there are several benefits to cutting down on the amount of red meat we eat in our diets. Here are some of the research-based health benefits of reducing red meat consumption:

Decrease in the risk of heart disease

Red meats have more cholesterol and saturated fats than white meats. Cholesterol and saturated fat can raise blood cholesterol, which contributes to the development and worsening of heart disease.
Even more so, when the body is digesting red meat, it releases a compound called trimethylamine N-Oxide (TMAO). The higher level of TMAO in the body, the higher the likelihood is for arterial blood clots, which can lead to heart attacks and strokes.

Decrease in the risk of cancer

Decrease in the risk of inflammation

Saturated fat and iron in red meat can cause inflammation. Over time, chronic inflammation can lead to heart disease, stroke, cancer and arthritis.

Decrease in the risk of obesity

Decrease in the risk of diabetes

Increased consumption of red meat has been linked to increased risk of developing type-2 diabetes by 48%.

Lean and plant-based proteins are linked with a lower mortality rate compared to a diet that has high levels of red meat.

Agriculture not only plays a large part in keeping livestock fed and watered with large amounts of food and water, but it also contributes to 15% of Ireland’s total emissions. Half of these emissions come from keeping livestock, while the other half is from agricultural activities. Compared to cultivating staples such as potatoes, wheat, and rice, keeping livestock produces 11 times more greenhouse gasses.

Thousands of square kilometres of forests and trees are destroyed every year for the purposes of grazing pastures. This has a negative effect on the environment, as trees absorb CO2 and convert it into the oxygen we breathe. When deforestation happens, the CO2 which these trees store get released into the atmosphere, causing higher levels of greenhouse gasses.

By not keeping livestock, less land will need to be cultivated, and thus reduces the levels of emissions being released into the atmosphere. Compared to cultivating staples such as potatoes, wheat, and rice, keeping cattle requires 160 times more land. Livestock grazing takes up 26% of Earth’s ice-free land.

Increase in food and water for future generations

Keeping livestock requires huge amounts of grain and water. The total amount of water needed to produce one pound of beef is approximately 6809 litres of water and one pound of pork takes 2180 litres of water. 5 kilograms of grain is needed to produce one pound of feedlot beef. This is a cause of huge concern for researchers, as they are worried about feeding an extra 2 million people with the booming population by 2050. 33% of land which could be used for growing crops is being used to grow food to feed livestock.

Eat responsibly, cut back on your red meat consumption!